People in the Film 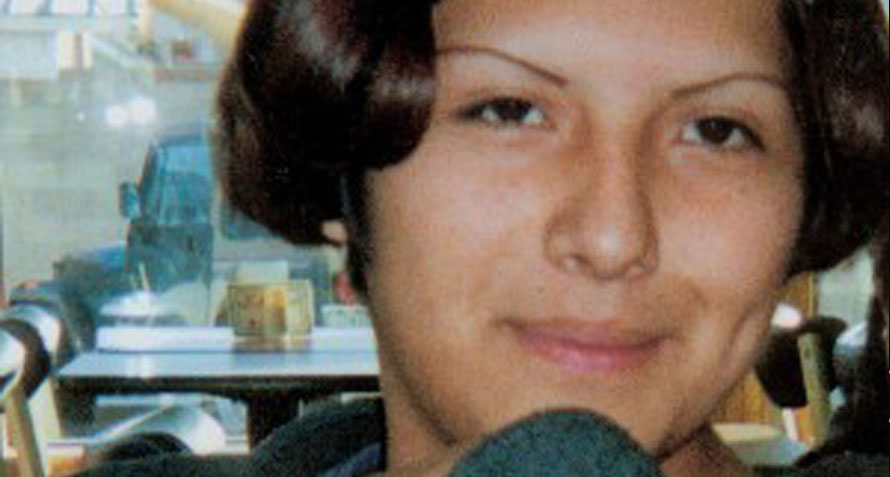 Fred Martinez explained to his family that he didn’t want to have to choose between being a boy or a girl–that he wanted to be both. Fred self-identified as a gay male and commonly used the name Fred, as well as “F.C.” He also expressed a wonderfully feminine aspect of his truest self in the way he dressed and presented himself, and sometimes wanted to be called Beyoncé, in honor of his favorite singer. Since the Navajo concept of nádleehí transcends limited categorization, it is likely that had Fred lived, he would have continued to describe himself as nádleehí—a spiritual, sexual, and gender identity that would have continued to provide him with a dignified sense of his history and a hopeful view of his future. Fred was drawn to the spiritual traditions of his own culture as well as the spirituality of the Native American Church. He loved the beauties of Monument Valley, and wanted to collect eagle feathers with which to make ceremonial fans. Fred felt he was destined for great things and told his told his friends he was sure he would appear in Teen People magazine one day, a hope that became sadly prophetic when an article about his murder did appear. 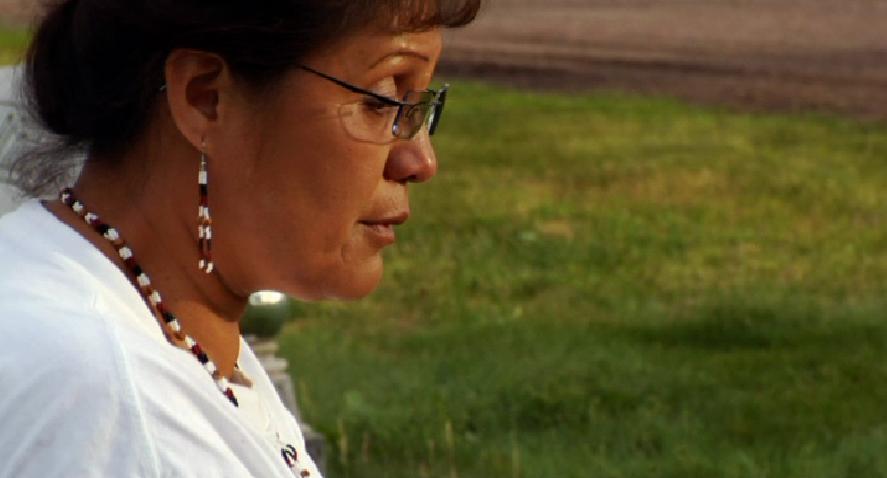 Pauline Mitchell, Fred’s mother, was devoted to her youngest son and, following his death, was torn between the traditional Navajo cultural injunction not to speak of the dead and her deep desire to make the circumstances of his murder widely known in the hope that she might help save lives. She has emerged as a shy but effective spokesperson for Two-Spirit rights. Pauline is very pleased that the film has such a big impact on people and that it even changes lives. Pauline and Fred’s father divorced years ago, and although he doesn’t appear in the film, he’s also very supportive of it, as are Fred’s brothers. The family is proud of the who Fred was and how his life continues to influence people around the world. 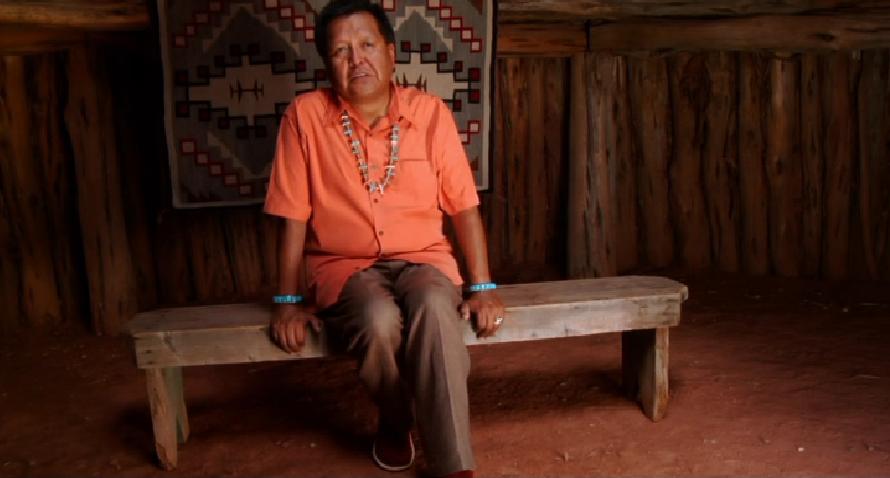 Wesley K. Thomas is a widely recognized anthropologist who studies, among other subjects, cultural ideas about gender, and Navajo culture and language. He has been part of the Education Policy Fellowship Program at Columbia University and has served as the Academic Dean of Humanities and Social/Behavioral Sciences at Diné College. Dr. Thomas is the co-author and co-editor of an anthology titled Two-Spirit People: Native American Gender Identity, Sexuality, and Spirituality. Much of the information in the film is also explored in his book Navajo Third Gender, to be published by the University of New Mexico Press. He has many years of experience working with the Native American two-spirit community, and works on behalf of the families of Native Americans who have died as a result of racism and homophobia. 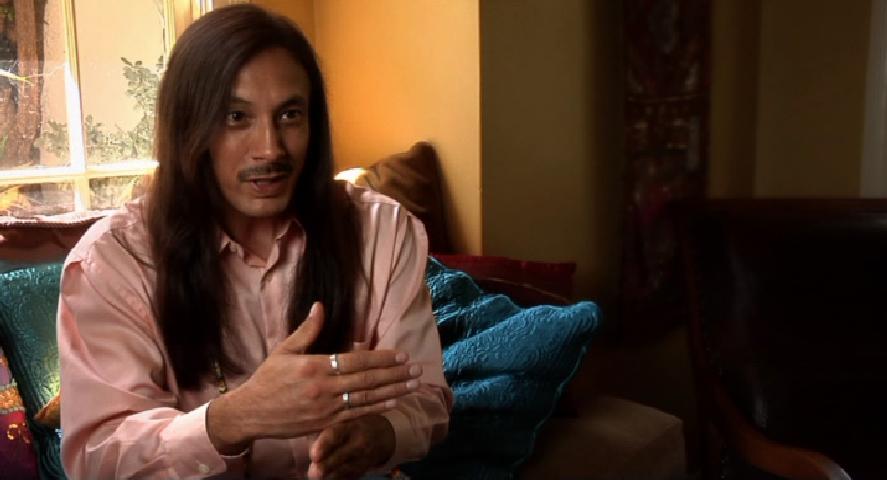 Richard (Anguksuar) LaFortune is a citizen of the Yupik tribe and the director of the media project 2SPR-Two Spirit Press Room, an effort to make Native voices heard more powerfully in all media. Beginning in the mid-1980s, Richard was part of a community of Native community members who began the international organizing efforts that resulted in the ongoing International Two Spirit Gatherings. His professional work in health and human services, arts and culture, and philanthropy and public policy are currently directed at reducing the suicide rate of Native youth, as well as the issue of Native American language revitalization. 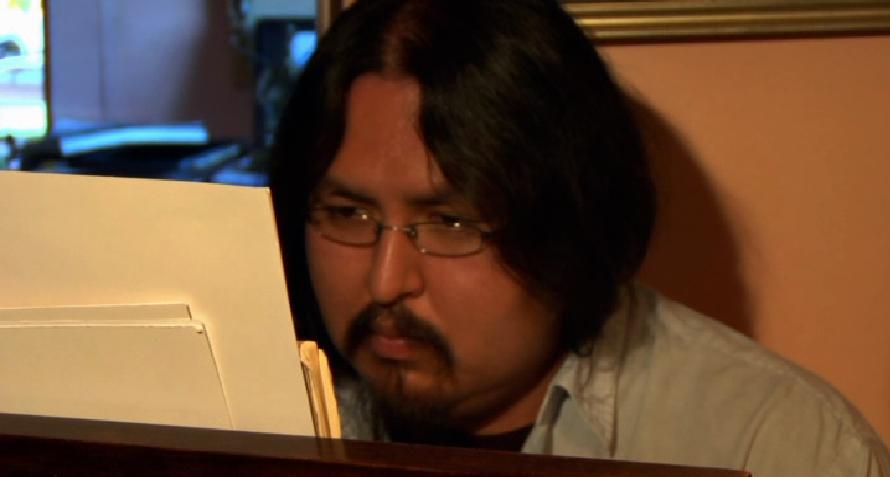 Juantio Becenti, who grew up on the Navajo reservation in southeastern Utah, is a prolific composer of new music living in Cortez, Colorado. After beginning piano lessons at age twelve, he quickly realized that he wanted to do more with music than to simply play the works of others. He subsequently taught himself to compose, and by now his work has been performed in places as varied as the Grand Canyon, the Conference on World Affairs in Boulder, Colorado, the mountains of New Hampshire, and many places in between. His body of work continues to grow as he moves toward the goal of presenting music that is new, well-made, and socially relevant. He is at work on an opera about the life of Fred Martinez. 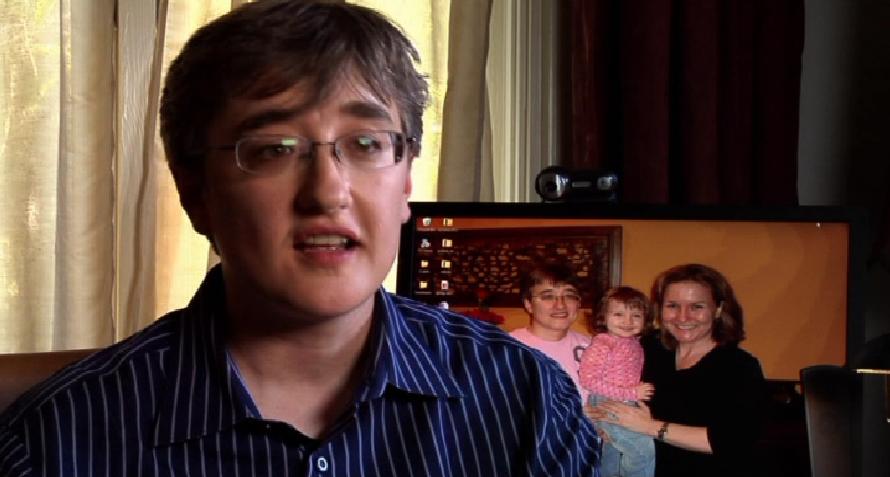 Cathy Renna is a Managing Partner at Target Cue. Prior to that, she was a founder of Renna Communications. Cathy is nationally recognized as both a media relations and communications expert and a leader within the LGBT community. She has played a critical role in media related to nearly every issue affecting LGBT populations, from high visibility issues like marriage equality and the repeal of “Don’t Ask Don’t Tell” to being the force behind creating more visibility for older LGBT people, homeless LGBT youth, transgender youth and a host of other populations and issues. 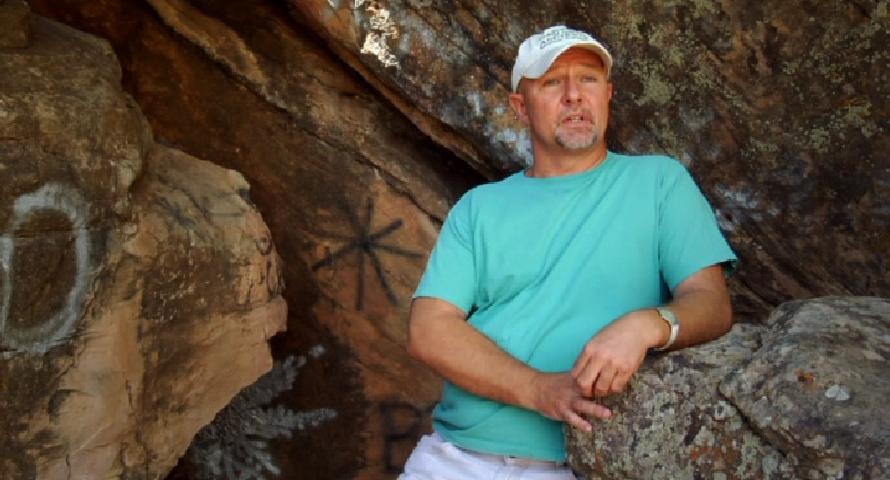 John Peters-Campbell is an English and art-history professor and LGBT activist who immediately supported Pauline Mitchell following her son Fred’s murder. John worked tirelessly to help enure that the killer was brought to justice and that the horror of the crime was understood by people in the community and by the media. He and Fred’s mother ultimately traveled together to anti-hate gatherings around the country, including the renowned Southern Comfort Conference, held in Atlanta each September. John remains a close friend of the surviving members of the Martinez family. He is now teaching at School Year Abroad in Hanoi, Vietnam. 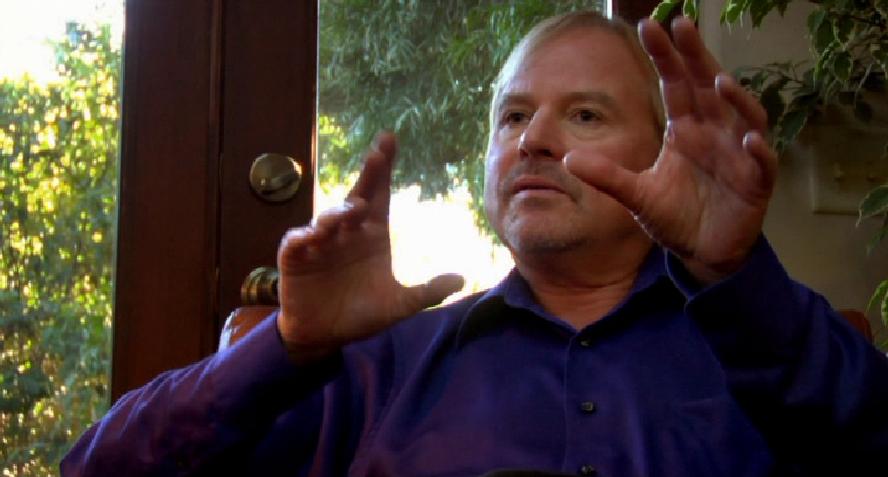 Author-photographer-activist Mark Thompson began his writing career at the national newsmagazine The Advocate, reporting on culture and politics in Europe and contributing to the publication over the next two decades as a feature writer, photographer, and senior editor. Mark edited the book Long Road to Freedom: The Advocate History of the Gay and Lesbian Movement, documenting the gay and lesbian struggle for civil rights. He is also known for his influential trilogy of books dealing with gay spirituality, Gay Spirit: Myth and Meaning, Gay Soul: Finding the Heart of Gay Spirit, and Nature and, Gay Body: A Journey Through Shadow to Self. The three books form an autobiographical memoir combining elements of Jungian archetypes, gay history and mythology, and spirituality. Mark as contributed to numerous anthologies and collections and frequently lectures on gay history and culture. He provides a key interview in TWO SPIRITS, and with his life partner, Episcopal priest and author Malcolm Boyd, provided important advice and support to the Fred Martinez Project. 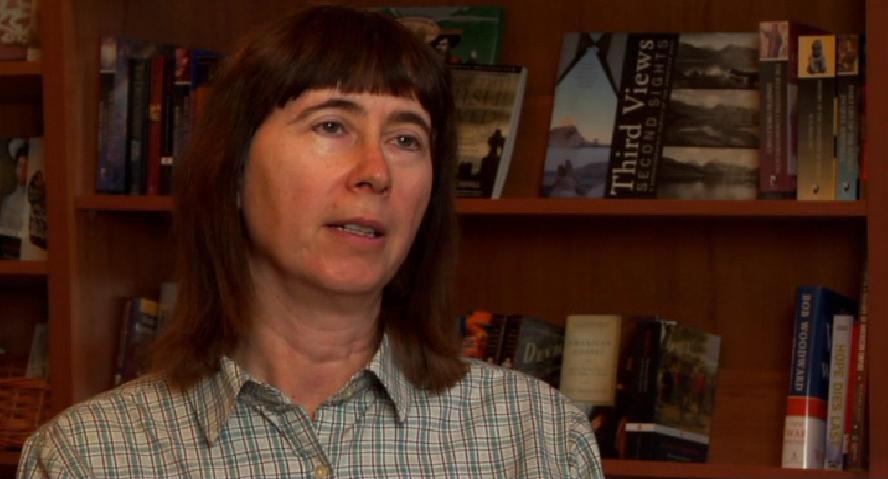 The film also features two-spirit people from across North America, including: 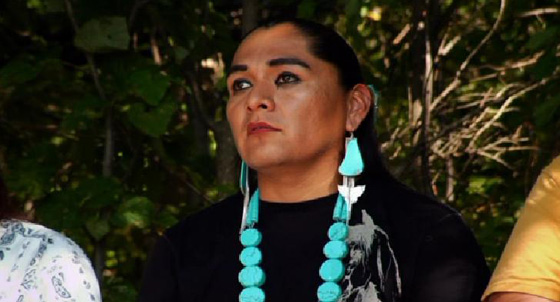 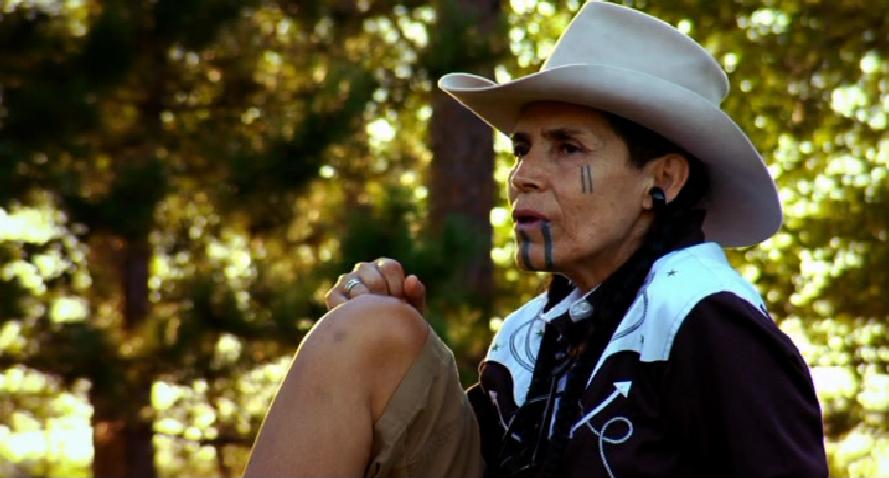 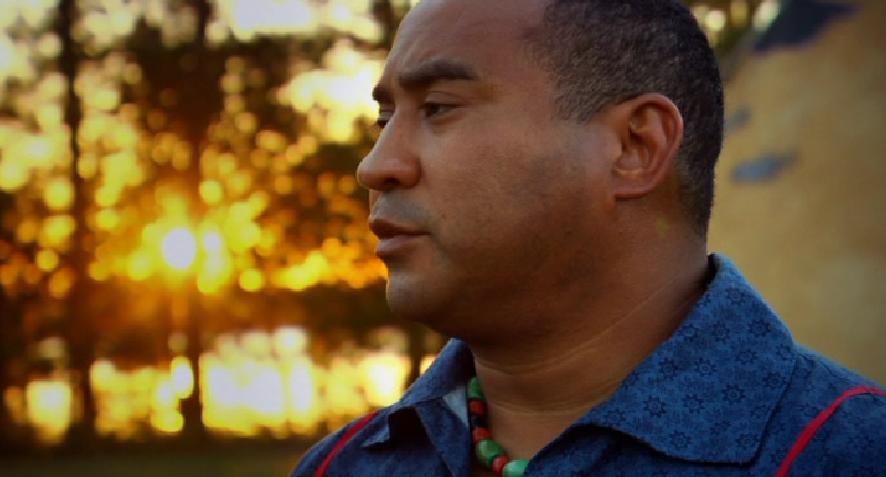 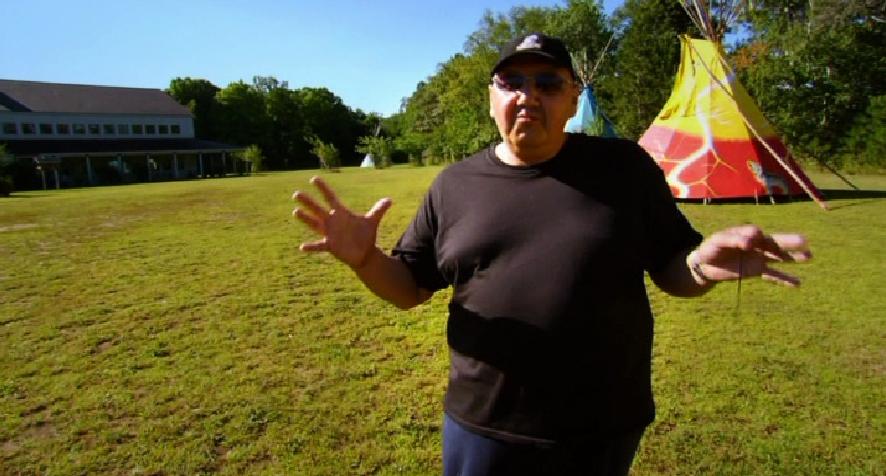